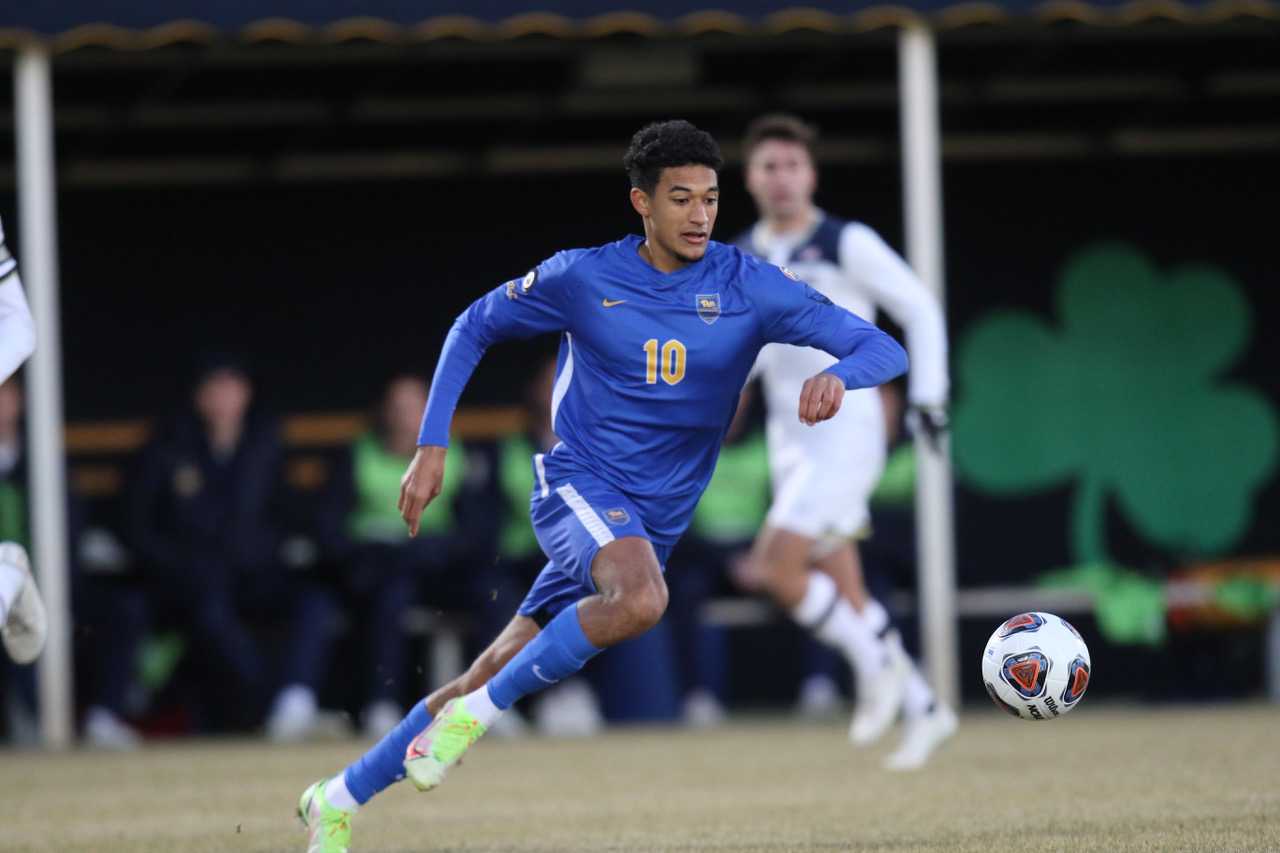 Pitt sophomore striker Bertin Jacquesson (10) kicks the ball across the field during Saturday night’s game against the University of Notre Dame at Alumni Stadium in South Bend, Indiana.

Pitt Athletics had another busy weekend. This included several post-season games, the start of conference schedules, and several individual successes in all sports. This is how the Panthers have done in their various competitions.

Men’s basketball:
The Panthers (2-6, 0-1 ACC) lost in a heartbreaker to Virginia (6-3, 1-0 ACC) on Friday, with 57:56 on a last-second shot that hit every part of the rim before getting through. Pitt will play next at the Gotham Classic, starting with a home game against Colgate on Thursday at 8 p.m. The ACC Network will broadcast the game.

The five-satiated panthers lost theirs third game in a row for Notre Dame. This was decided on penalties when the Irish eliminated Pitt from the NCAA tournament in the Elite Eight.

Third-placed Pitt swept his weekend games in the first two rounds of the NCAA tournament, both of which were played at the Petersen Events Center. It first defeated UMBC in straight sets on Saturday, then defeated state rivals Penn State in four sentences On Sunday. Pitt will Host Kansas on Friday at 1 p.m. at the Fitzgerald Fieldhouse. This game will be broadcast on ESPN Plus.

Pitt (7-2, 0-0 ACC) continued his hot start to the season on Saturday with a 64-54 Road win against Ball State (4-3, 0-0 MAC). Junior striker Amber Brown collected a double-double with 17 points and 14 rebounds. Sophomore guard Taisha Exanor also contributed 11 points from the bench. Senior Guard Jayla Everett had a night off, scoring just eight points to just two out of eight from the field, and the Panthers turned the ball 22 times to Ball State nine.

The panthers will Host Coppin State on Tuesday for the next game. This game will be broadcast on ACC Network Extra at 6pm

Four Pitt swimmers competed at the US Open December 1-4 in Greensboro, North Carolina. Second year juniors Daisy Anderson, Jerry Chen, Tatum Detwiler and Sophie Yendell represented the Panthers. Yendell done 22nd with 26.57 seconds in the women’s 50-meter freestyle and Detwiler with a time of 1: 14.41 in the women’s 100-meter breaststroke.

Next up are the panthers Take part in the Nittany Lion Challenge on January 15th.