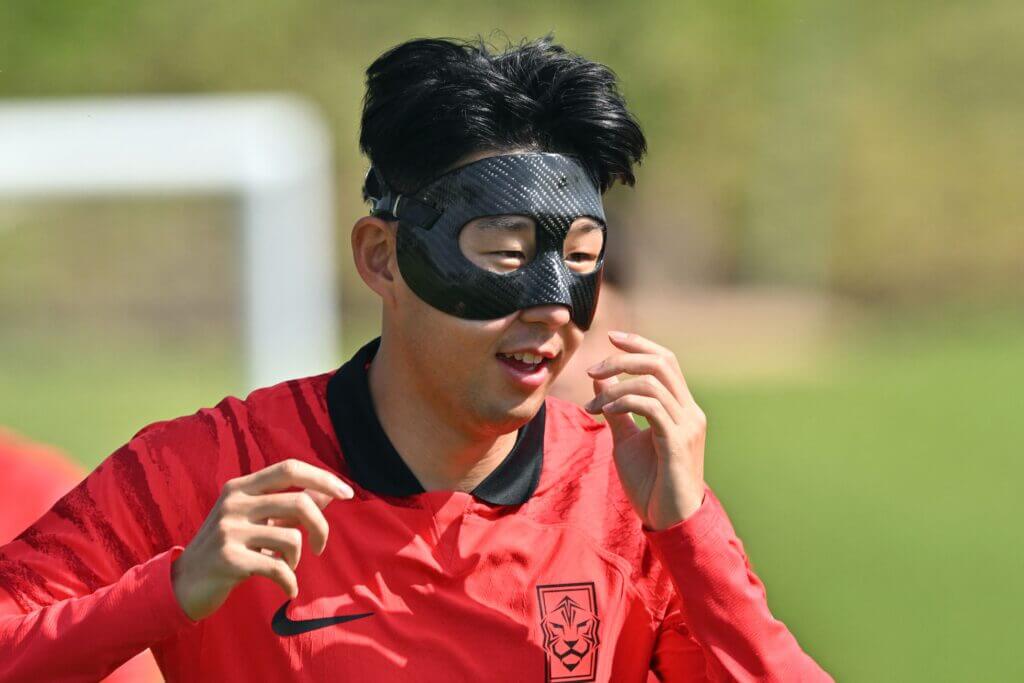 South Korea’s Son Heung-min has been pictured wearing a face mask while training – raising hopes he will be available for the start of the World Cup.

The Tottenham Hotspur forward has been out of action since breaking an eye socket in his club’s Champions League game against Marseille. He underwent surgery on the damaged area after that game earlier this month.

Son did not play in any of Tottenham’s three games before the World Cup break.

But now he has been spotted training with his South Korean team-mates while wearing a mask, suggesting he will be ready to play for his nation when they face Uruguay next Thursday.

Taking to Instagram last week, he wrote: “Playing for your country at the World Cup is the dream of so many kids growing up as was one of mine. I won’t miss that for anything in the world. I can’t wait to represent our beautiful country, see you soon.”

“We have time to decide and the most important thing is that he recovers as much as possible, he is comfortable and then we will make the final decision.”

Son is a key player for his country going into the tournament. He has scored 35 goals in 104 senior-level games for the country.