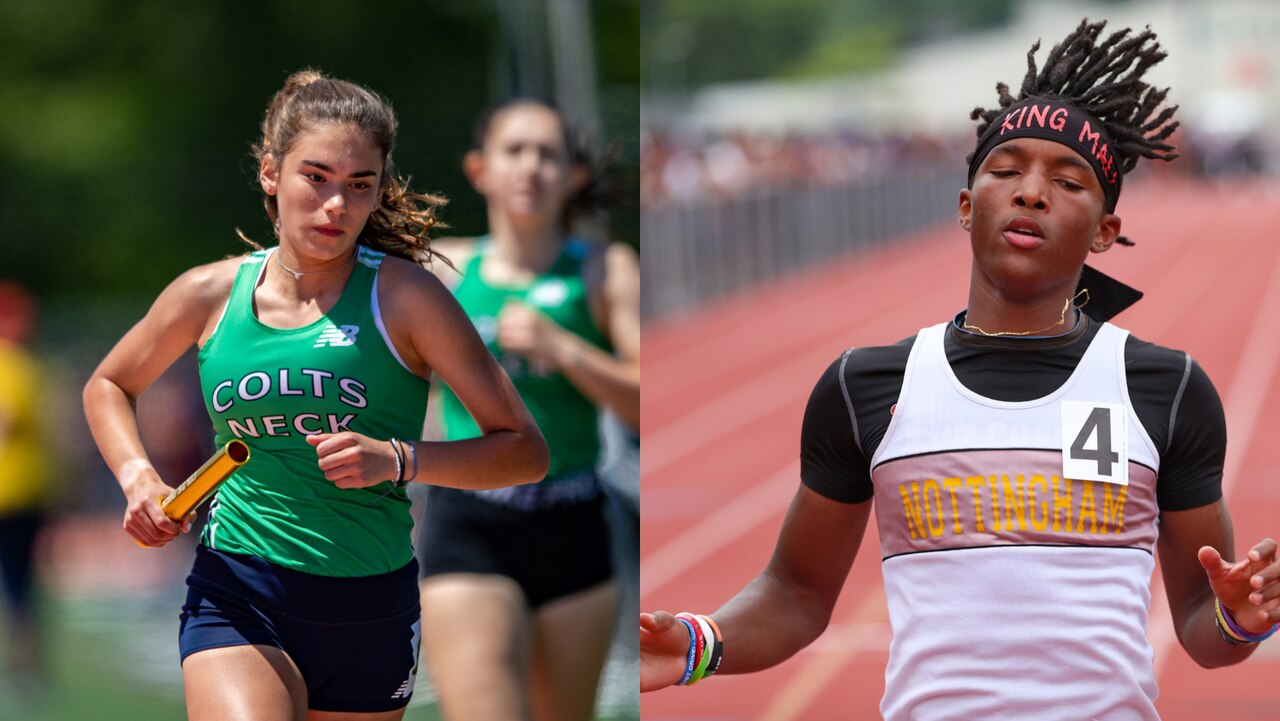 A pair of juniors who won both titles at the Meet of Champions and who posted multiple track record performances this spring were honored as the very best in New Jersey.

Shamali Whittle, a sprinter from Nottingham, was named Gatorade’s New Jersey Athlete of the Year for boys ‘athletics, while the girls’ award was given to Lilly Shapiro by Colts Neck, who set the state record in the 1,600-meter run in May.

The award, which is being presented in its 36th year, recognizes top athletic performance as well as high academic achievements and exemplary character on and off the track, according to a statement by Gatorade.

Whittle, a double M of C winner in the 100 and 200, ran the fastest wind-legal time in the state’s history last week during a record run at the Nike Nationals in Eugene, Oregon. Whittle broke the state record with a 20.75 in the preliminary rounds and finished fourth in the final.

Whittle has also volunteered locally on behalf of a middle school railroad program, losing a race to the competition in New Jersey at five different events in 2021.

“Shamali is tireless and self-motivated,” said Nottingham coach Shaquille Sanderson. “His work ethic and focus are what drive him to be a phenomenal student athlete and a positive influencer inside and outside of his community.”

Shapiro, who recently gave an oral pledge to continue her career at the University of North Carolina, impressed this season at the distance events.

Shapiro won the 800 in the Meet of Champions and finished second in the 1600. She ran 4:40.15 to set the state record of 1600 at a Twilight meeting in Holmdel, and won several titles throughout the championship season.

In addition to her individual success, Shapiro led Colts Neck to the Group 3 title, the first in school history.

“Lilly leaves no stone unturned to do everything possible to get better,” said Colts Neck trainer Jim Schlentz. “Her job is unrivaled, she’s unwavering in a race and she hates to lose, but she’s not scared of it.”

Shapiro has volunteered for a panel and youth soccer programs on site, and has also served as a student ambassador for the New Jersey State Interscholastic Athletic Association.

Whittle is the third consecutive athlete from the Colonial Valley Conference to win the boy’s award after Liam Murphy of Allentown and Sean Dolan of Hopewell Valley won in 2019 and 2018, respectively.

On the girls’ side was Victoria Vanriele from Gov. Livingston in 2018 and 2019 a double winner as juniors and seniors. Olympian Sydney McLaughlin, the world record holder in the 400 hurdles, was the 2017 National Gatorade Athlete of the Year.