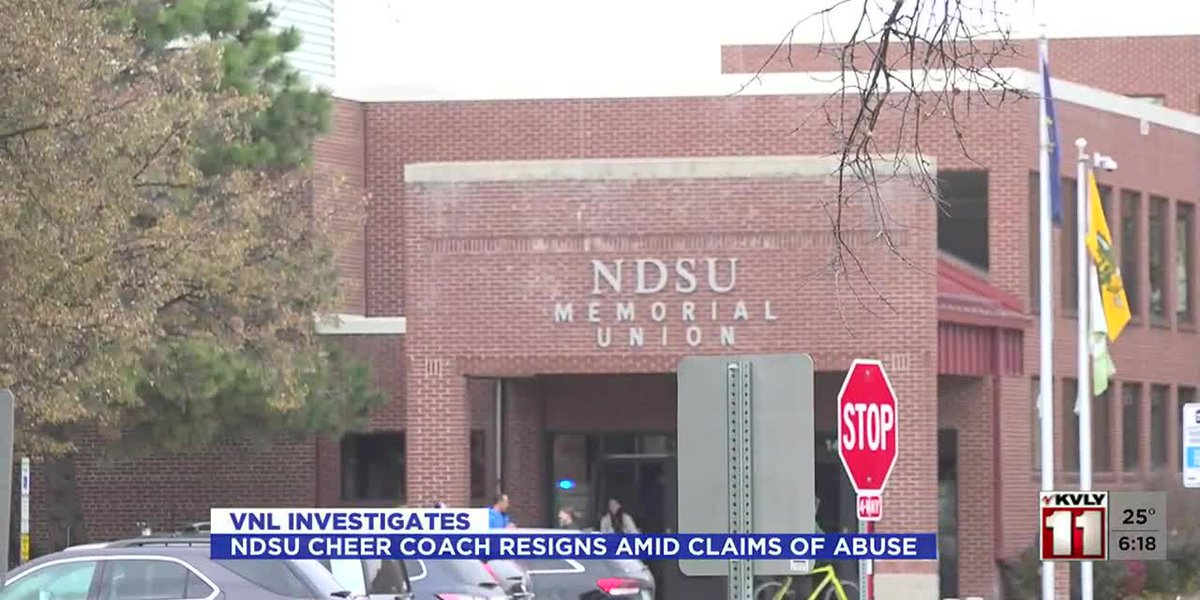 FARGO, ND (Valley News Live) – Cheerleaders have surged in allegations following the retirement of former North Dakota State University cheer coach Verona Winkler. This investigation began in late August when we received a message on our whistleblower hotline alleging that Winkler was coaching with emotional and verbal abuse.

In 2018, a group of NDSU cheerleaders spoke out against Winkler, claiming physical, emotional, and verbal abuse.

“Everyone was really scared of her the whole time,” said Chani Tretbar, a former NDSU cheerleader from 2015-18.

Ricky Paulson, who was the NDSU cheerleader from 2016 to 2018, suffered a contused hip and received a medical certificate for the injury. He said Winkler didn’t care about the injury and forced him to perform during a basketball game.

“I figured I would just stand on the sidelines and not have to do anything,” Paulson said. “But when she asked me to go up the pyramid, we were all a bit taken aback that not only did I have to have someone on my shoulders, I had to throw them up there. That’s a lot of torque. It was definitely painful to have to do that.”

In 2009, Stephanie Vickhammer was a student-athlete and was in Winkler’s Cheer program. She said Winkler would not allow them to see athletic training staff if they had injuries, a claim made by many other former cheerleaders.

“It just wasn’t right for me to see how many injuries occurred and not being able to see the sports training staff because I honestly think they didn’t want the documentation of the number of injuries that occurred,” said Vichammer.

Vickhammer said she spoke to the athletic department but nothing came of it. The NDSU Sports Department. denied on numerous occasions having known about these allegations. However, a former cheerleader has provided us with a taped 2018 phone call between a former cheerleader and assistant athletic director Colleen Heimstead.

“Well, we met Verona about your concerns,” Heimstead said on a taped phone call. “I can’t imagine she benching you for coming to see us.”

Chani Tretbar was another cheerleader who spoke out against Winkler in 2018. She said she suffered numerous instances of emotional and verbal abuse at the hands of Winkler. Which led to her struggling with her mental health.

“I tried starving myself, but that just didn’t do her any good,” said Tretbar, who was an NDSU cheerleader from 2015 to 2018. “Unfortunately, I went to the only other thing I could control and caused external pain on myself to take away things I couldn’t control with my performance. It was really a destructive attempt to deal with it.”

“I’m not afraid of her, no. She can’t touch me,” said Alaina Werlinger, a 2019-21 NDSU cheerleader. “I have a great job, I have a great boyfriend, I live in a house, I have two dogs. My parents are on my side, my sister is on my side. No one is on her side that I care about and she ruined my college track experience and she ruined it for so many other people and she deserves what’s coming her way.

We went to Winkler’s house to give her the opportunity to tell her side of the story. Although there were people in the house, no one opened the door. We also contacted the NDSU sports department. for interviews on these allegations.