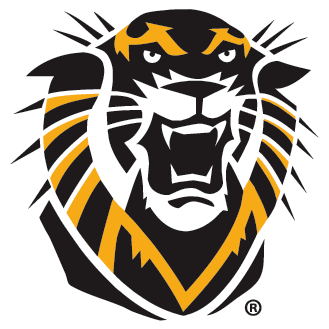 The induction ceremony will be held on the morning of Saturday, September 24, at the Memorial Union on the Fort Hays State University campus. Registration for the invitation-only event begins at 9:00 am and the ceremony begins at 10:00 am. The new Hall of Fame class will then be publicly recognized at halftime of the Fort Hays State vs. Missouri Southern football game, which begins at 7:00 p.m.

Jon Nelson (track and field/cross country, 1970-74)
A native of Johnson, Kansas, Jon Nelson was the 1973 NAIA Indoor National Champion in the 1000-yard dash with a time of 2:12.9. He was also a member of the national indoor two-mile relay team in 1973. A year earlier, in 1972, Nelson finished third in the 800 meters at the national outdoor championships. He was a three-time All-America performer in track and field and a two-time conference singles champion in the outdoor 880-yard dash. From 1972 to 1974 he was a national qualifier for the NAIA Outdoor Championships for three consecutive years. Nelson was also a consistent contributor to cross country, helping the team win a conference title in 1972, a year in which he received all conference honors.

Fred Campbell (men’s basketball, 1984-86)
A native of Macon, Georgia, Fred Campbell played basketball at Fort Hays State from 1984-1986 after transferring from Crowder College. Campbell was an All-America Second Team selection and twice an All-CSIC selection as a senior in 1985-86. He helped the Tigers win a second straight NAIA National Championship in 1984-85 as a junior. The Tigers had a 60-12 record in Campbell’s two years with the program and he finished with 1,250 points and finished sixth in career scoring at the end of his career. Campbell averaged 20.5 points and 9.4 rebounds per game in his senior year in 1985-86 to earn All-America status and finished with a total of 698 points and 318 rebounds. The 698 points was, at the time, the second most at FHSU for a single season, behind only the 745 of teammate Edgar Eason from 1984-85. Campbell had 552 points in his junior year, averaging 14.5 per game. Campbell is one of 23 1,000 point scorers in the history of the program. He scored the third-most points of any two-year-old player in program history, behind only Dennis Edwards (1993-95) and Mark Harris (1986-88). Campbell later played in the NBA summer league before embarking on a professional career abroad in Portugal in 1989. Campbell played professional basketball for an incredible 34 years and retired this year at the age of 60. Besides Portugal, he also played professionally in Austria, Spain, France, Italy, Poland, Latvia, Belgium and 18 years in Israel where he currently resides with his family.

Steve Broxterman (athletics, 1986-88)
A native of Baileyville, Kansas, Steve Broxterman was the 1988 NAIA National Indoor Champion in the senior high jump and set a personal best of 7ft, 1in. That achievement still has a stake in the indoor school record, also set by Don Carter in 1985. He was also the CSIC champion at this event that year. Overall, Broxterman was a two-time NAIA All-America artist, also receiving the award in 1987. His best performance as a junior in 1987 was 6 feet, 10 inches. He was a two-time all-conference performer and four-time all-district performer. Broxterman’s national title in 1988 helped the team finish fourth in indoor national teams. He was also a national high jump qualifier while at Highland (Kan.) Community College before transferring to FHSU for his final two years.

Greg Yost (football, 1987-90)
A native of Gorham, Kansas, Greg Yost played at Fort Hays State Football from 1987-1990. He was an All-America First Team selection as a defenseman in his senior year in 1990 and was an All-CSIC First Team selection in both 1989 and 1990. Overall, he was an all-conference selection three times. Yost was a four-year starter for the Tigers and played in 35 games overall. He only played three games in his sophomore year after suffering a season-ending injury. In 1990, as a senior, he produced an amazing 97 tackles, nine sacks and 17 tackles for loss and led the team in pass breakups with 12 from his defensive tackle position to win All-America First Team selection. He helped the Tigers to an 8-4 record in 1990 and an appearance in the NAIA national playoffs, the final season before FHSU’s full transition to the NCAA. Yost set career records for sacks and tackles for loss at FHSU. He finished his career with 20 sacks and 43 tackles for loss. Although the Sacks record has only been broken twice, he still has the tackles for the losing record. He had 225 tackles in his four seasons at FHSU.

Damian Evans (men’s basketball, 1990-92)
A native of Chicago, Illinois, Damian Evans played two seasons at Fort Hays State from 1990 to 1992 after transferring from Kings River Community College in California. He was a NAIA All-America selection as a junior and an All-RMAC First Team selection each of his seasons as a Tiger. As a junior in 1990–91, Evans averaged 21.9 points per game and hit double digits in all 30 games. He has 30 or more points in a game six times this season, including a career-high 38 against Emporia State, and also averaged 4.3 rebounds and 3.1 assists per game. His 161 free throws in 1990-91 were then the third-best at FHSU for a season but still ranks fourth today. He helped FHSU set a new school record for scoring average that season at 90.4 points per game, only to be surpassed a few years later by the 1994-95 and 1995-96 teams. As a senior in 1991-92, Evans averaged 15.9 points per game and led a FHSU team that won the Rocky Mountain Athletic Conference title and four players averaged double digits. He added 4.2 rebounds and 2.7 assists per game this season. Evans averaged 1,085 points in his career, one of 23 1,000-point scorers in FHSU history, and his 19.0-point average per game is the fifth-highest in school history. He is one of only seven players in the history of the program to have earned at least 1,000 points in just a two-year career at FHSU, and he joins career-average picker Dennis Edwards as the only two of those seven who less than 60 games have contested her career at FHSU.

Derek Pomeroy (baseball, 1992-93)
A native of Topeka, Kansas, Derek Pomeroy was a member of the Tiger Baseball team for two years from 1992 to 1993 after transferring from Barton County Community College. He was an All-RMAC and All-District selection in 1992 as a junior, batting .432 with 26 extra base hits (16 doubles, 2 triples, 8 homers) and 44 RBIs. His .432 batting average was just a point below the school record at the time and led the Rocky Mountain Athletic Conference. He carried a 27-game hitting streak into his senior year and broke the NCAA Division II hit streak record by shooting safely in 34 straight games and beating the old mark by one game. The streak lasted from March 31, 1992 to March 17, 1993. His record stood a year before being broken in 1994 by a 38 streak. Pomeroy reinforced his strong junior season by earning Mile High Intercollegiate Baseball League co-player honors of the year as a senior with a .380 batting average, 13 doubles, 7 home runs and 53 RBIs. He was also an All-Central Region selection that season. Pomeroy set the school record for a career batting average of .405 in 1993, before that was eventually broken by two other Tiger Sports Hall of Fame inductees – Jerry Valdez in 1997 (.408) and Jeff Bieker in 2005 (.421). His .685 batting percentage was the second-best in school history at the end of his career.

Shelby White (Women’s Golf, 2004-07)
A native of Dodge City, Kansas, Shelby White was one of the top individual golfers in the history of the women’s program. In three years at Fort Hays State, White won nine tournaments and amassed 21 top-10 finishes. In 2005-06, she was a sophomore Rocky Mountain Athletic Conference Player of the Year and an individual medalist at the RMAC Championships. She qualified for the NCAA West Regional that year. She was a three-time All-RMAC golf selection and a member of the RMAC All-Academic team.

Where to Watch and Stream Kids for Cash Free Online