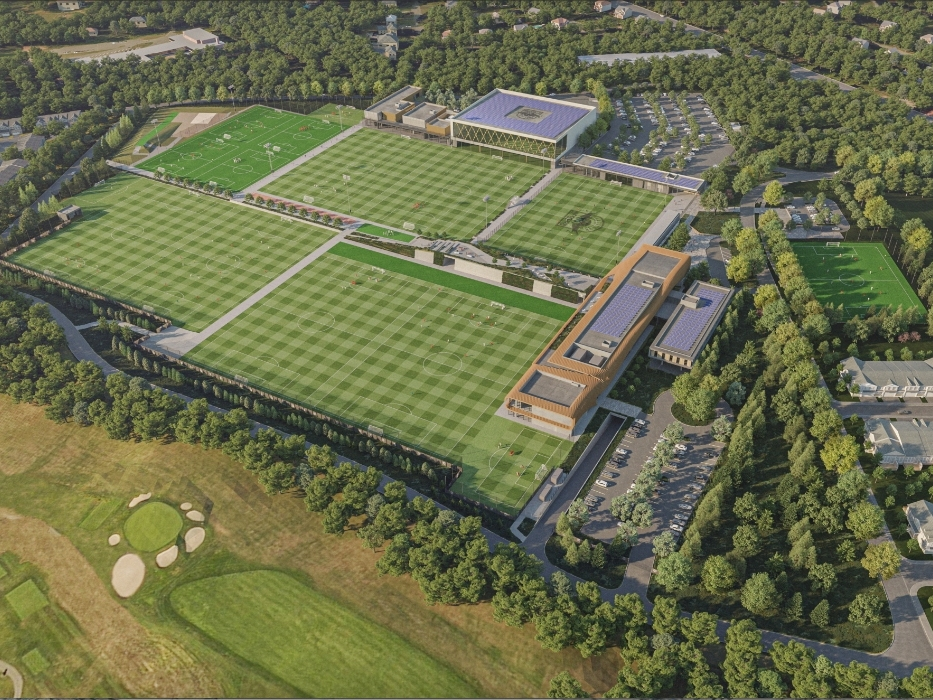 MORRIS TOWNSHIP, NJ — The New York Red Bulls’ proposal to build a training facility on the Columbia Turnpike is back on the agenda of Morris Township’s planning committee, adding to the already lengthy permitting process.

In recent months, the Red Bulls have presented their possible site plans for the training ground to the planning committee and the public, including statements from the project architect and the landscape architect.

At a recent meeting, Kristin Byrd, one of the project architects, discussed updates to the new facility’s exterior design. According to Byrd, the facility will include nine separate buildings as well as an attached dormitory.

The main building, which is expected to be four stories high, will house the players and coaches of the professional teams, as well as the student residences and all academy facilities and operations.

The Red Bulls’ attorney claims the team is doing everything possible to minimize any negative impact on the community, although there is a slim chance there will be no impact at all. For example, Byrd described how the architectural team deliberately reduced the height of the main building on the side facing the residential complex in order to make it more level.

Last year, the team announced plans to build the training facility on the 80-acre site on Columbia Road, but the process has yet to progress beyond the planning board. Residents in the area have expressed concern about the project, fearing the increased lighting and noise levels from the speaker system will disrupt the neighborhood.

The Red Bulls have spent time revising their project plans after receiving feedback at previous public meetings and that community engagement is expected to continue throughout the process, officials said.

Local residents who live nearby are concerned about the increase in nighttime or late night lighting. The New York Red Bulls Training Facility sign, which is expected to be 6 feet tall and 118 feet long, will also be illuminated along with the overhead lights, according to Byrd.

However, the Red Bulls team intends to add fences as well as other measures such as a “plant buffer” with various trees to block some of the overhead light from the surrounding neighborhoods.

Richard Tangel, a local resident, was one of many to speak out on the visible lighting issue. “These renderings show visible light from afar. The previous expert said no illumination but he agrees he sees the illumination now so you have a discontinuity between experts here.”

The rendering of the expected lights can be viewed here.

Construction of the facility was slated to begin later this year, with an initial completion date of 2024. That schedule is now unlikely as development plans call for three two-year construction phases to complete the project.

The new facility would house the Red Bulls first team as well as the USL’s Red Bulls II, as well as the academy and other youth programs, making it North America’s premier youth football development system.

The public hearing on the project, where several local residents expressed their concerns, is scheduled to resume at 7pm tonight