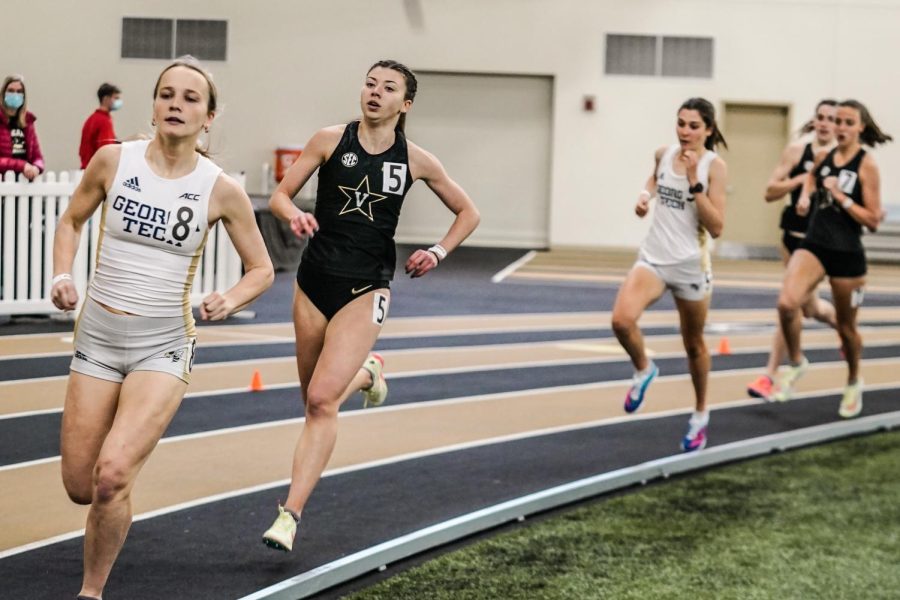 The Vanderbilt track and field team hosted the Indoor Music City Challenge on February 11-12 and competed in the JDL DMR Invitational on February 18th-26th. February at the Texas A&M in College Station, Texas.

Seniors Taiya Shelby and Grace Jensen and juniors Kaira Brown and Caroline Eck made up the distance medley relay team for Vanderbilt at the JDL DMR Invitational. In the final event before the SEC Indoor Championships, they set a school record together, finishing eighth with a time of 11 minutes, 14.47 seconds.

Meanwhile, Vanderbilt welcomed a variety of East and Midwest schools, including SEC rivals Tennessee, LSU and Kentucky, to the Indoor Music City Challenge. The Commodores put up encouraging performances over many distances in the running events, with some notable results in the field events as well.

Jensen crowned the weekend with an outstanding performance in the 1-mile run. She broke her own school record with a time of 4:38.94 and finished fifth overall.

Shelby also cemented a place in the Vanderbilt record books by running the 400 meters in 52.91, a time that is the second fastest in school history. Shelby easily defeated her competition, with the runner-up finishing more than a second behind her.

The 4×400-meter relay of seniors Jordan Smith, Shelby, Fuller and Brown rolled on. Although they were surpassed by Tennessee, the team finished second overall with a time of 3:38.01, the fourth fastest mark in school history.

Smith and Brown also competed in other middle distance events. Smith finished seventh in the 400 unseeded with a time of 57.32 while Brown was third in the 600 with a time of 1:33.27.

Eck and graduate McKenzie Yanek represented Vanderbilt in the 3,000-seeded race. Eck finished 12th overall with a time of 9:27.21, setting her personal record and jumping her to third place in school history. Yanek followed with 21st place and a time of 9:42.63.

Junior Josephine Dal and graduate Jess Creedon started the field with the long jump. Dal jumped 5.32m for 20th place and Creedon jumped 5.12m for 26th place. The pair also competed in the 600 m and shot put, emulating the events of a pentathlon.

Graduate Divine Oladipo clocked a solid 16.91 m in the shot put and finished fifth. However, she will no doubt be looking for more at the SEC Championships, especially with a throw of 17.92m this season.

The Commodores will be back in action at the SEC Indoor Championships on Friday, February 25, where they will attempt to report to the SEC in the first year of head coach Althea Thomas’ tenure. The meeting will be streamed live on SEC Network+ and WatchESPN.

On the spot: Whitworth women’s football sign Cameron Bushéy as their next head coach