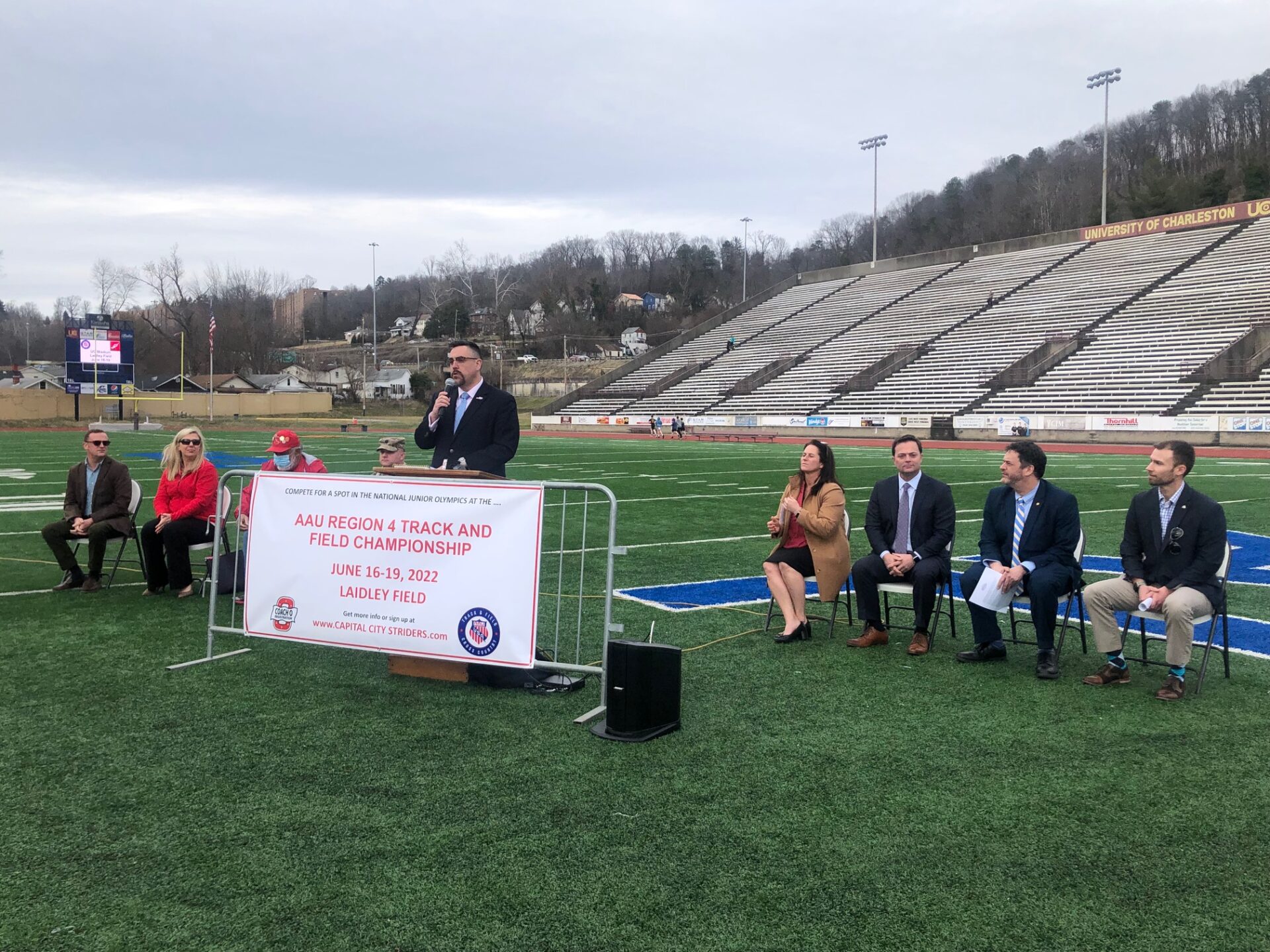 CHARLESTON, W.Va. — More than 1,200 and a few thousand other participants will run to and from Charleston on the third weekend in June.

Officials from the Charleston Convention & Visitors Bureau (CVB), the City of Charleston, the Kanawha County Commission and the Capital City Striders announced Thursday that Laidley Field will host the Amateur Athletic’s Region 4 track and field championship June 16-19 Union (AAU) will be .

According to officials who made the announcement, athletes will be coming to Laidley Field from all over West Virginia, Ohio, Pennsylvania and parts of New York. Athletes who place at this meeting are eligible to compete at the AAU National Championships in North Carolina.

Chip Ferrell is the director and founder of Capital City Striders and also helped bring the event to Charleston. He told 580-WCHS that AAU’s athletics keeps kids active year-round.

“It’s taking the youth, the young kids, ages eight and under, up to 18 and keeping them in athletics where they’re runners, pitchers or jumpers,” he said.

Ferrell noted that the first two days of competition are multi-events and qualifying events, while most of the running events take place on Saturday and Sunday, June 18th and 19th, with finals. The ages of the athletes range from under 8 to 18 years old, divided into age groups such as 8 and under, 9-10, 11-12, 13-14 and 15-18 years.

“We can have little kids, teach them to walk, and give them the opportunity to travel. AAU is moving across the country,” added Ferrell.

Charleston CVB President and CEO Tim Brady said, “The AAU Regional Meet is an example of a recipe for success. A passionate group of local residents made the initial request and secured this event for Charleston with support from the City, County, CVB and a variety of other organizations. The end result is an event that will have a multi-million dollar economic impact on our local economy. Together we achieve great things.”